Chocolate Yummy is such a delicious dessert. A favorite without a doubt.

The Loon and I were just recently in New Orleans (NOLA) and I came across this local favorite dessert, called Chocolate Yummy (recipe from Chef Donald Link).   Once you try this, you’ll understand why they call it Yummy.  This ranks right up there with our Extreme Chocolate Cake and Ultimate Fudge Brownies!!

Because there are several layers to this amazing dessert, you can make them in stages.

EXPERT TIP: Be sure to poke the batter with fork tongs to help in baking. 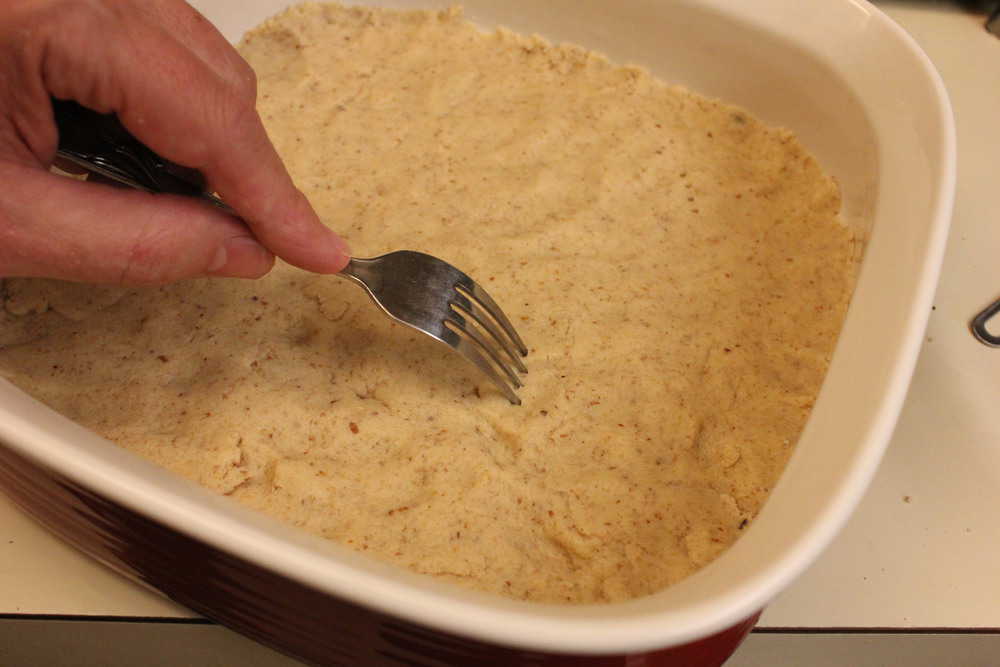 Now it’s time to make the amazing custard/pudding. You start by heating the cream.

Once it is hot (but not boiling), temper the yolks by slowly adding half the cream while stirring vigorously, then stir the egg mixture back into the cream in the saucepan.

After this the chocolate is mix in and melted to from a luxurious chocolate custard/pudding.

EXPERT TIP: This is done as not to scramble the eggs! That’s what culinary term ‘temper’ means.

HOW TO MAKE THE WHIPPED CREAM TOPPING

We use an electric hand mixer to beat the heavy cream until it reaches soft peaks.

The addition of confectioners’ sugar (aka powdered sugar) gives the whipped cream just a touch of sweetness.

The first layer on top of the pecan shortbread is softened cream cheese.

Then comes a layer of the chocolate pudding, and then topped with the whipped cream. Chill for about 1 hour.

NOTE: This dessert can easily be made up to 2 days before serving. It can also be frozen for up to 1 month. 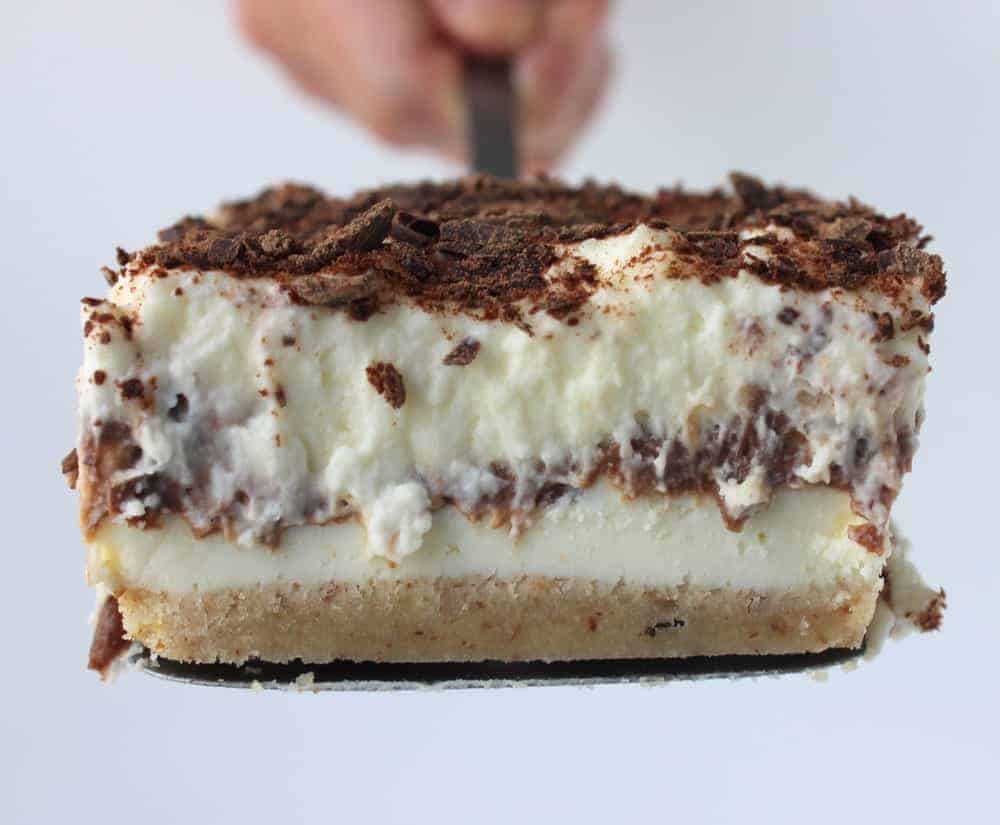 FOR THE PECAN SHORTBREAD

FOR THE CHOCOLATE PUDDING

FOR THE CREAM CHEESE TOPPING