Dirty rice is as deep in taste as it is in history and heritage. Brace yourself for this flavor explosion.  This Cajun Dirty Rice recipe will transport you down to Louisiana with one bite.

Kickin’ good! This is easy to make and it’s the real deal. Just enough heat to make it really nice.

This dish is just so delicious and comforting.

HOW TO MAKE CAJUN DIRTY RICE

We love the simple ingredients that go into this classic dish.

Watch us show you how easy (and fun) it is to make this amazing Cajun Dirty Rice!

CHICKEN LIVERS ARE TRADITIONAL, BUT YOU’D NEVER KNOW IT

We love making this dish as authentic as possible, and pureed chicken livers may sound unappetizing, but they really are not a pronounced flavor at all, and actually, deepen the taste to a rich, but wonderful dish.

Also, make sure you steam your rice perfectly and don’t let it get too dried out.

Then all the other ingredients blend together to make an amazing Cajun Dirty Rice! 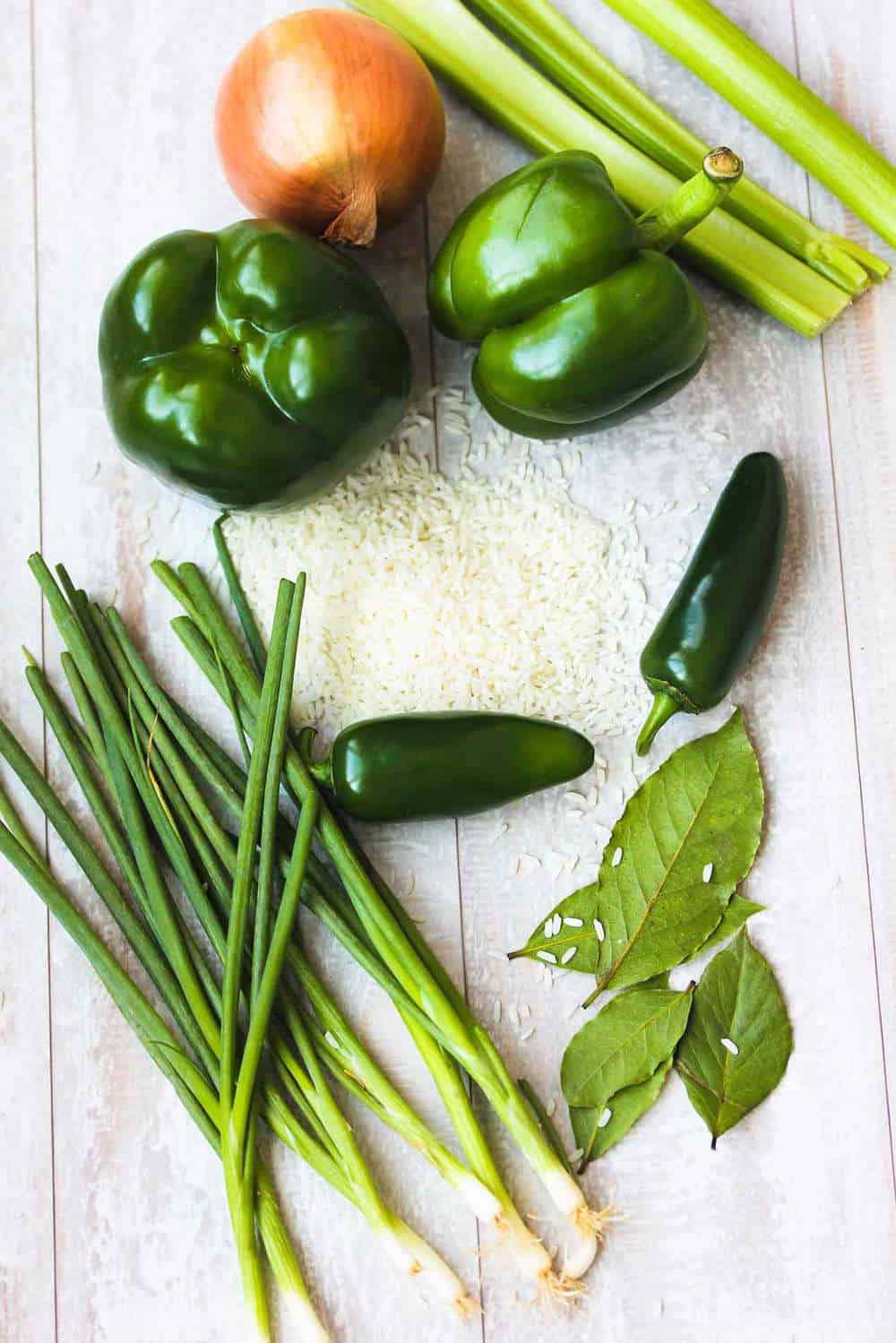 The jalapeños and cayenne pepper add some heat, too, so if you prefer, you can pull back the to fit your taste preferences.

Or, on the other end of the heat perspective, you can add more of the flavor enhancers to increase its kick! 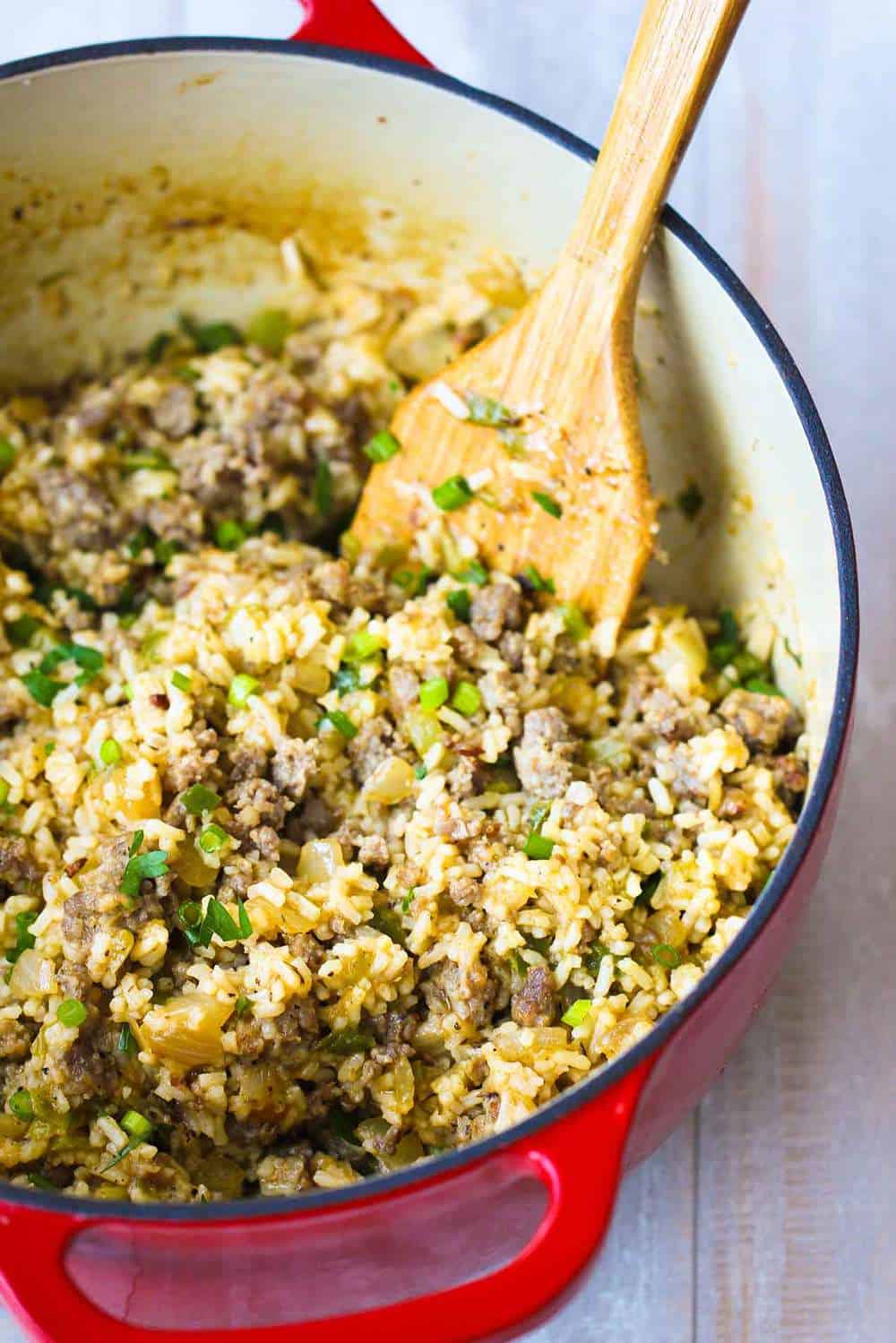 This dish is also beautiful in presentation!

And serve it with your favorite hot sauce, such as Crystals, Louisiana, or Tabasco!

Dirty Rice has a long, challenging history, and comes from a dark place in the United State’s history.  But it is steeped in tradition and has found its place in culinary excellence. 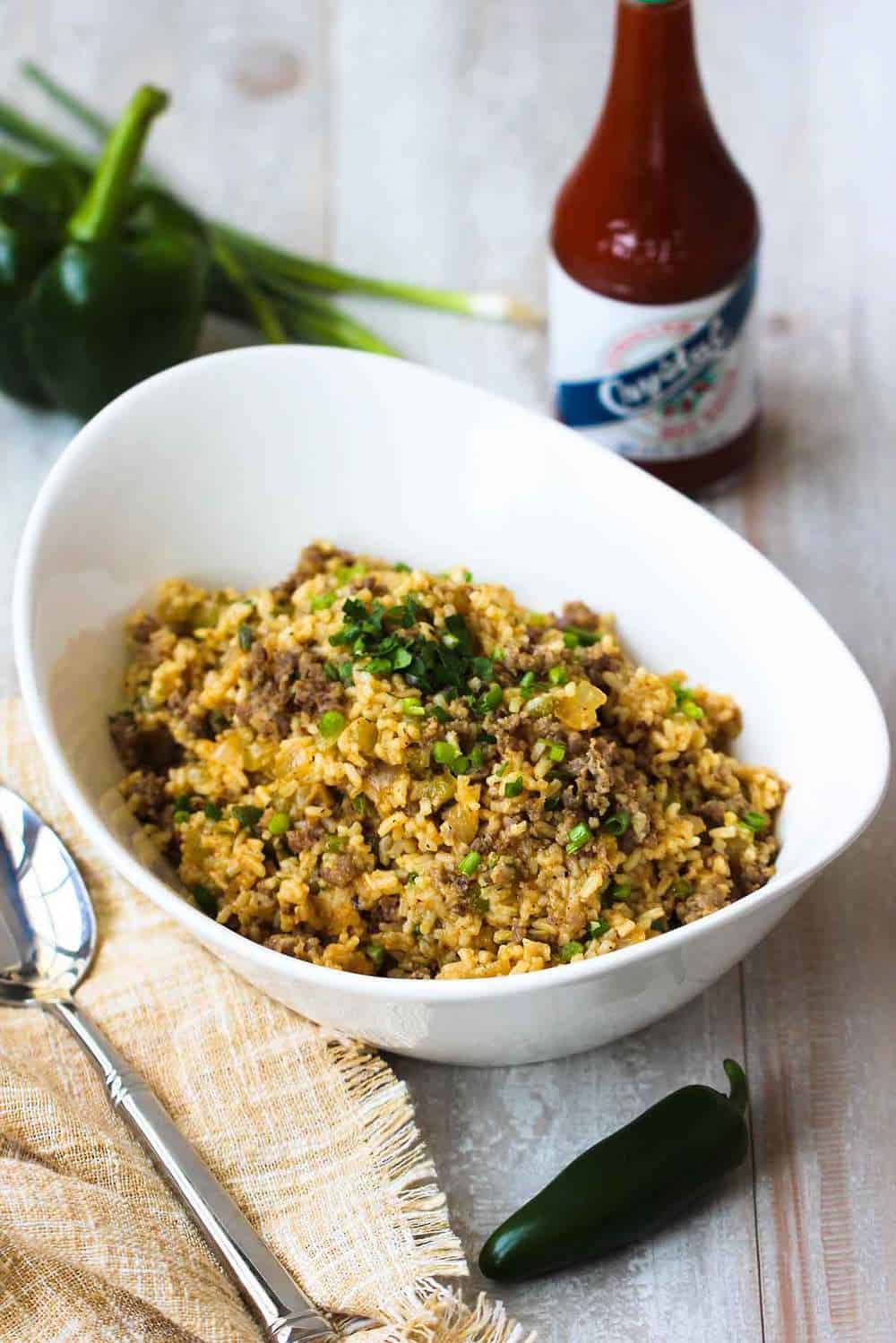 And since we’re talking Cajun…here’s another another classic recipe: New Orleans Red Beans and Rice 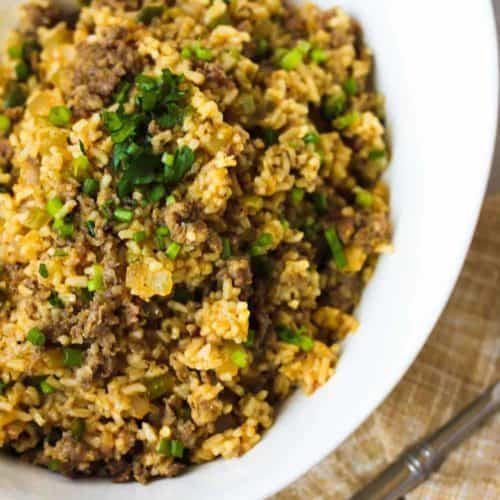 How to Make Perfectly Steamed Rice