Banana Pudding Trifle with Meringue is something that dreams are made of.

It brings back every delicious memory as a kid when you dug into that bowl of magical banana pudding.

This is the real deal.  Topped with a beautiful meringue! 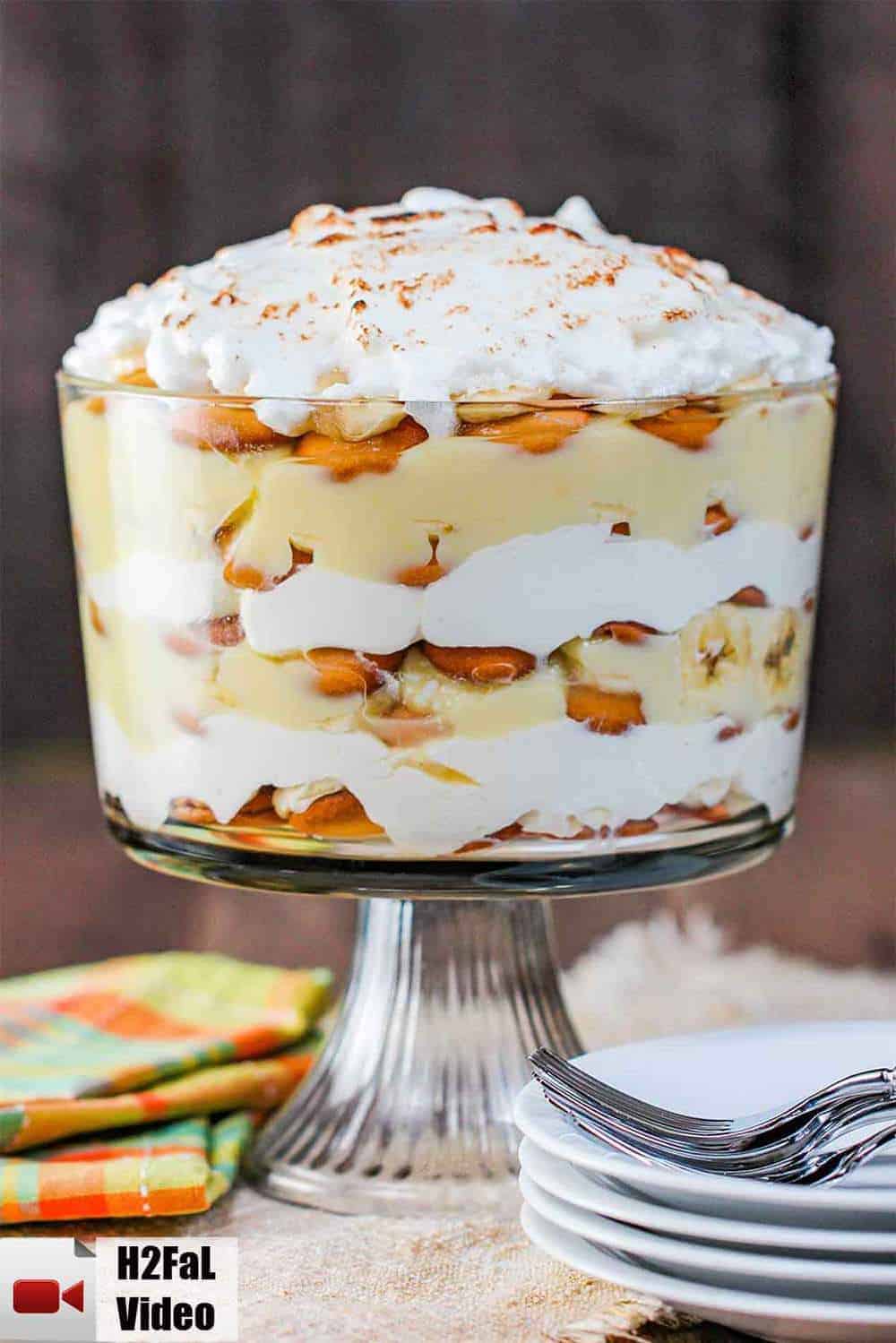 BANANA PUDDING TRIFLE IS NOT HARD TO MAKE

Many of the main components of a banana pudding trifle can be prepared in advance.

Such as the pudding, the whipped cream, and even the meringue.

Watch us show you how easy it is to make this amazing Banana Pudding Trifle with Meringue!

It bears repeating, banana pudding brings back so many wonderful childhood memories for so many of us.

We like to use bananas that are nicely ripened. They have just the right texture.

The other classic ingredients bring it all together, from the vanilla wafers, to the whipped cream and, of course, the homemade vanilla pudding. 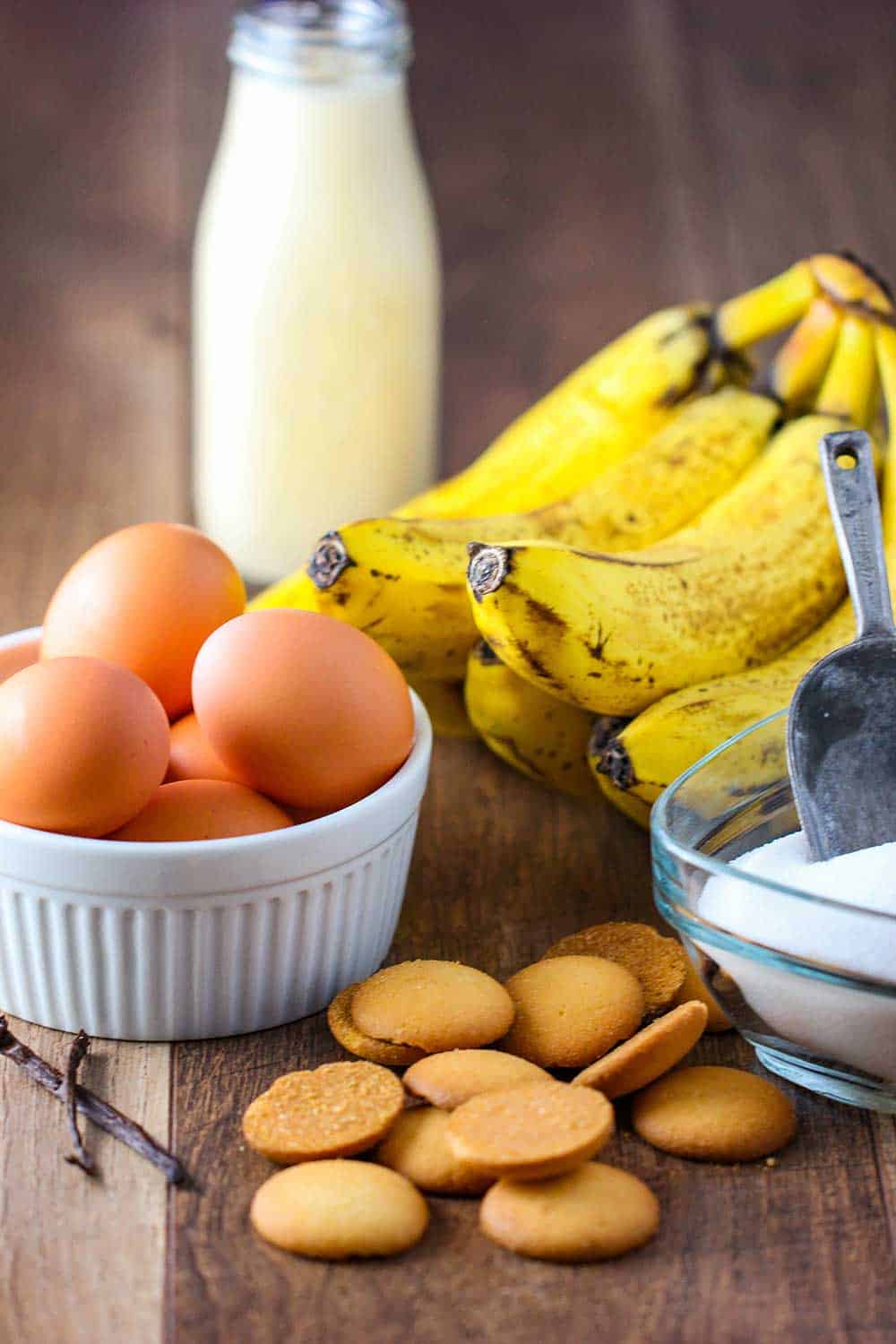 THE LAYERS OF WHIPPED CREAM AND PUDDING ARE BEAUTIFUL

The whipped cream comes together in a matter of minutes.

We like to start with a metal bowl that has been chilled in the freezer for at least 15 minutes.

Add the cream, sugar, and vanilla and then mix (we use a hand mixer) on high until thickened, about 4 to 5 minutes.  The cream will keep wonderfully in tact in the refrigerator for up to 24 hours. 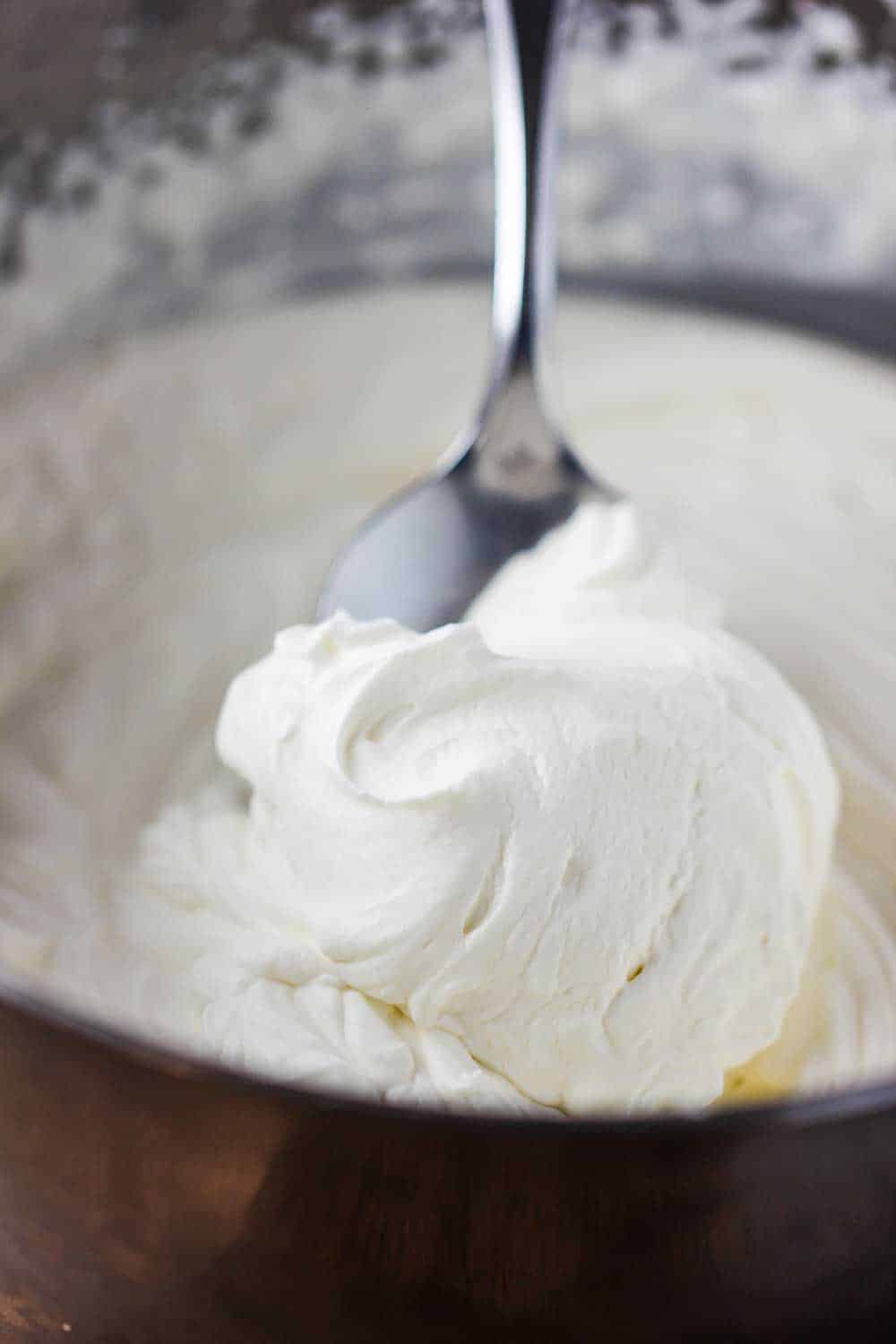 The vanilla pudding is a little more involved, but not too much.

Start by mixing the dry ingredients in a large skillet over NO heat. Then blend in the milk, then egg yolks, then butter. Still over NO heat.

Now, turn on the heat to medium, stirring constantly. Add the vanilla, and continue stirring until the mixture has thickened.  Turn off the heat, transfer to a bowl, and refrigerate for at least 4 to 5 hours. It will thicken a little more as it cools. 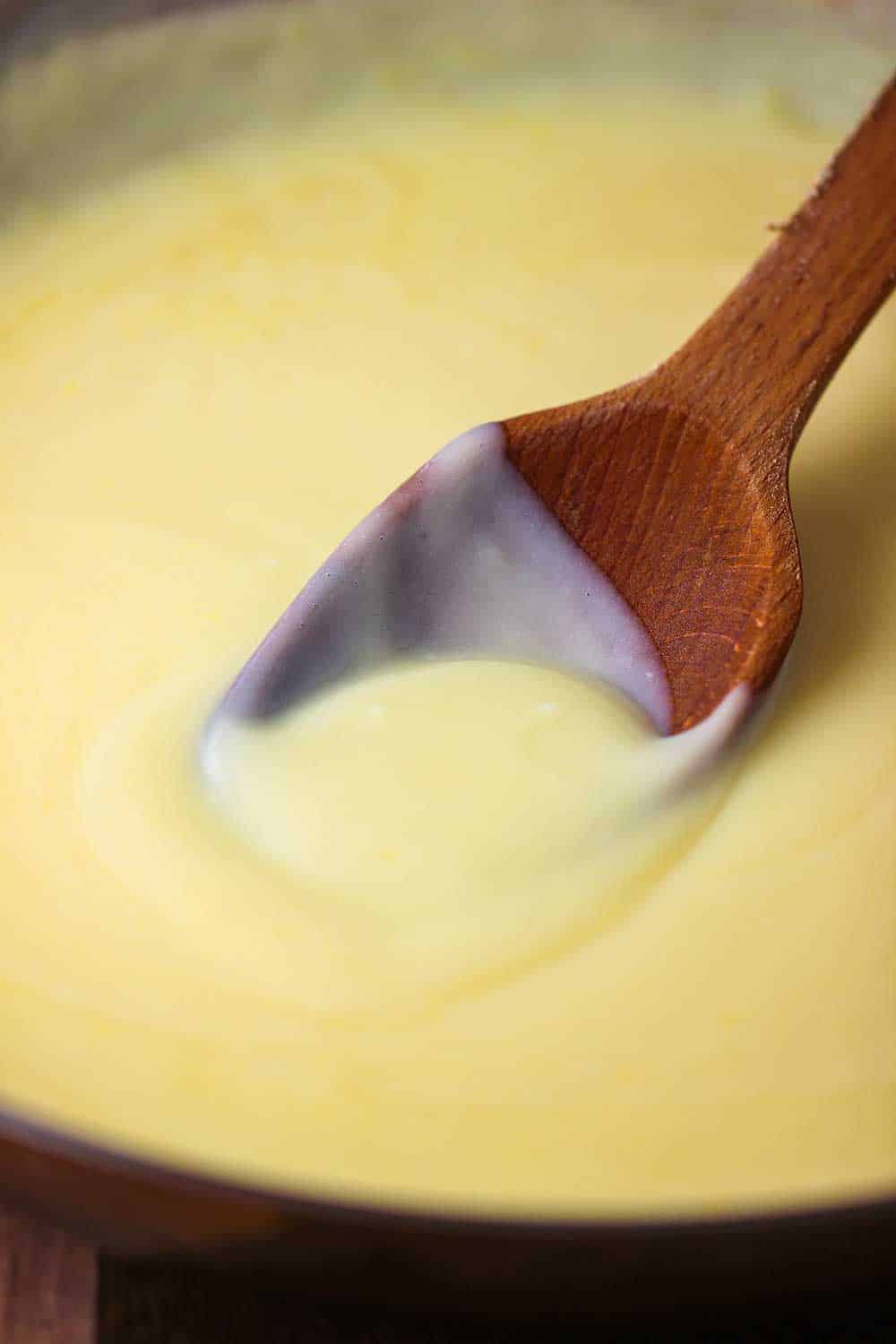 USE A BLOW TORCH FOR THE MERINGUE

The meringue we use for this banana pudding trifle is a quick version, but works perfectly for what’s needed.

You can make this in advance, but we recommend using it within a couple hours of preparing, otherwise, the meringue may start to separate.

Rather than browning the finished trifle in an oven, we use a Kitchen Torch.  Just like that…we have a beautifully browned meringue! 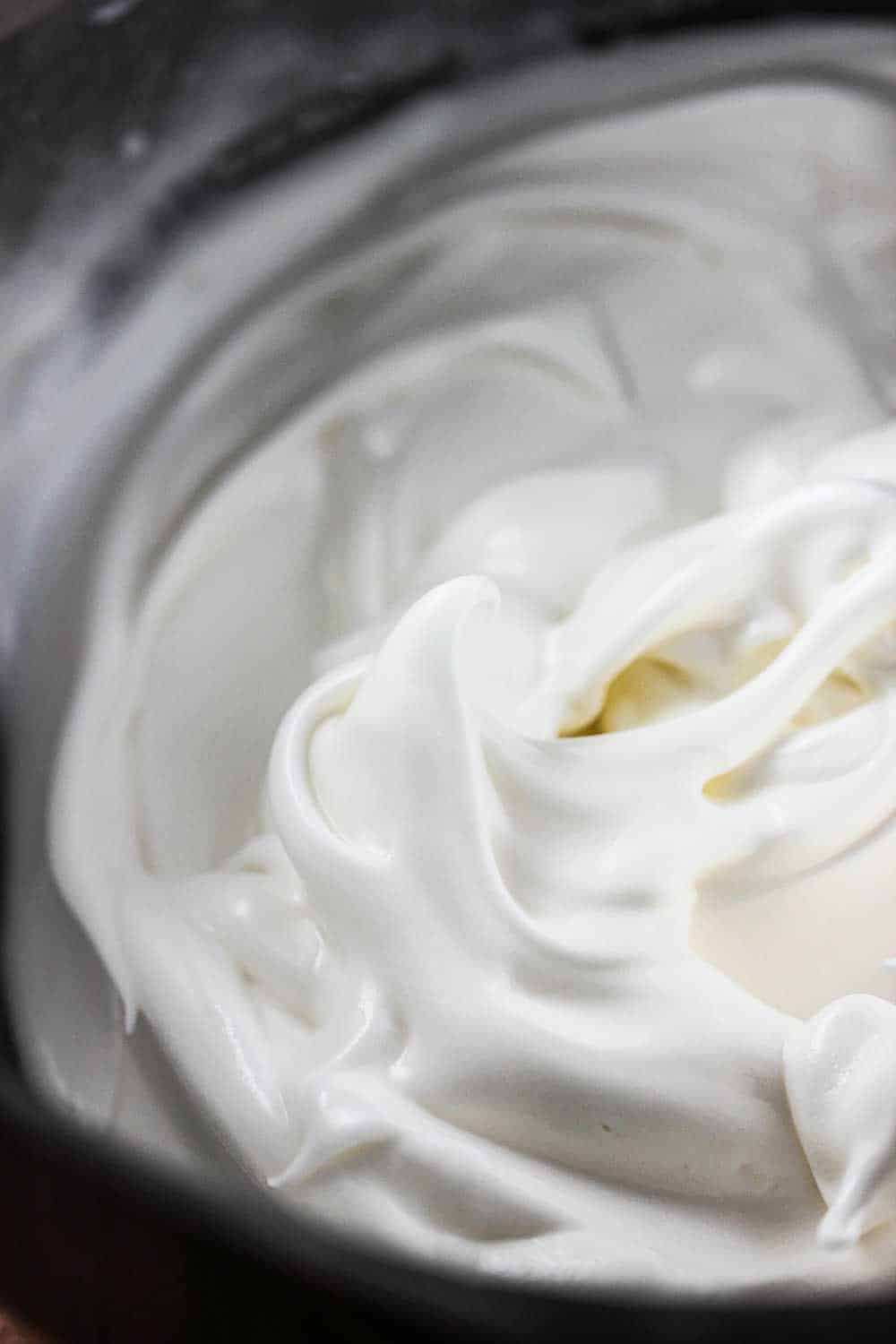 This beautiful banana pudding trifle makes enough to feed a gathering of about 10 to 12 hungry people.

After assembled, it’s best to let it chill for several hours, or even better, overnight.

Bring this to your next BBQ or church pot luck, and you’ll be the star of the day. It’s really that good. 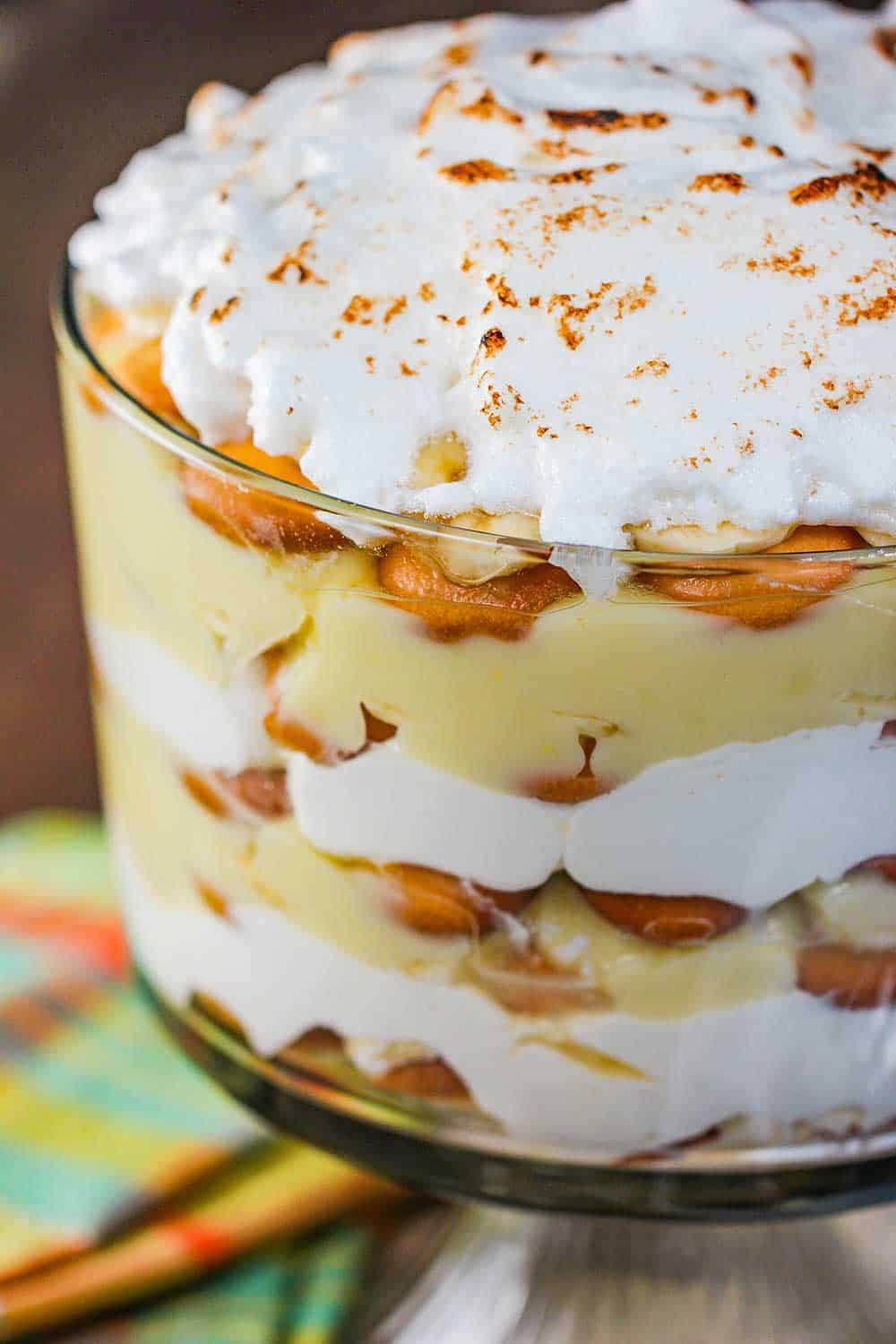 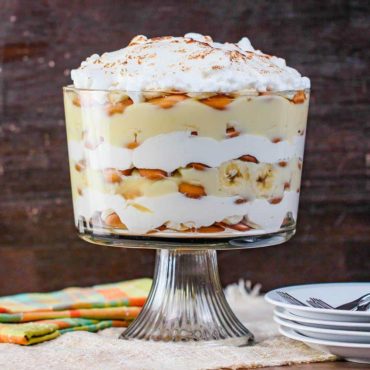 FOR THE WHIPPED CREAM

FOR ASSEMBLING THE TRIFLE