I have such vivid memories of my Grandma Longwell baking cinnamon rolls for all the family during holiday visits to Kansas.  They were so good and I couldn’t get enough of them.  I wanted to re-create her recipe but do it as a loaf of bread.  Wow, oh wow.

HOW TO MAKE CINNAMON RAISIN BREAD

Making bread in your very own kitchen may seem daunting, but we promise, if you follow this recipe, you’ll have no problem whatsoever!

Make sure your yeast is still active. As long as the date on the package is within 2 years, you’ll be just fine.

Proofing (allowing the yeast to activate and in turn making the dough rise) should be done in a warm (but not too warm), and non-drafty area.

EXPERT TIP: If you don’t have a warm place to let the dough proof, it’s not a problem. It will just take longer for the dough to rise. The perfectly risen dough should be about double in size after you’ve finished proofing. 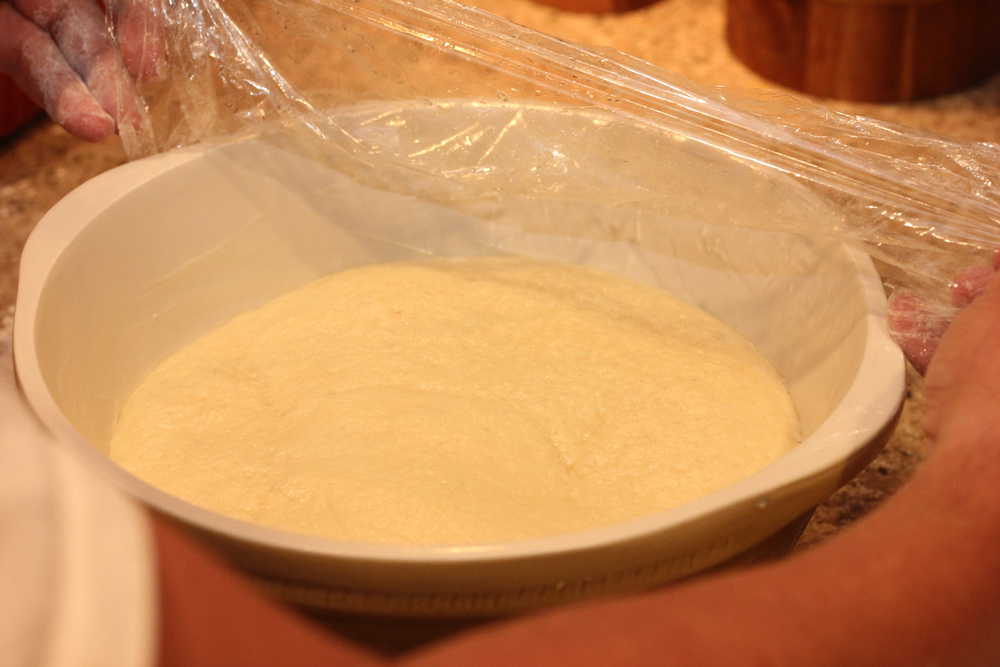 After the dough has doubled in size, it’s time to roll it out on a clean, cool surface. Roll the dough to a 9″x9″ square.

Now, our favorite part. Sprinkle the dough with cinnamon sugar and raisins. 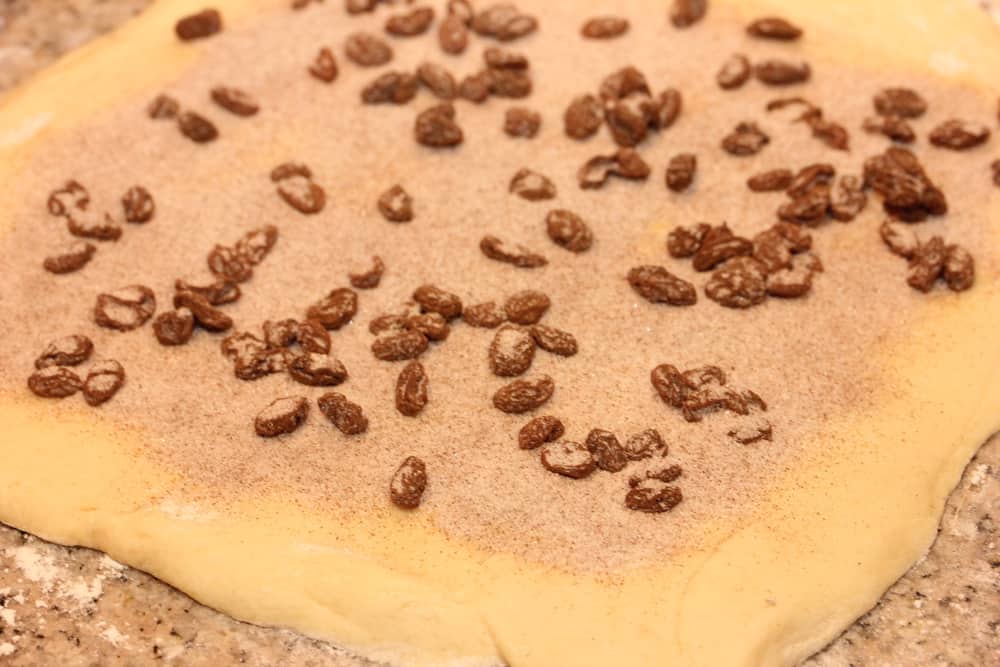 Now, roll the dough up, lengthwise.

Place in a buttered loaf pan (seam side down), and let it proof for about another hour, or until the dough has risen to the edge of the top of the pan. 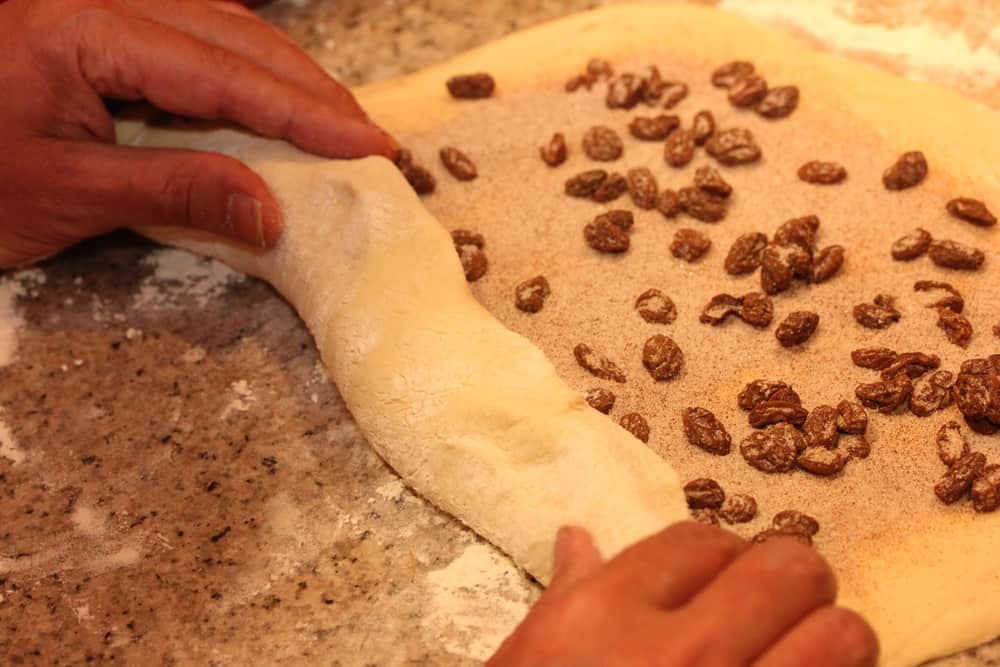 Then bake to perfection.

And the smell coming from your kitchen will fill your home with pure goodness.

But in the meantime, go and make this amazing cinnamon raisin bread!